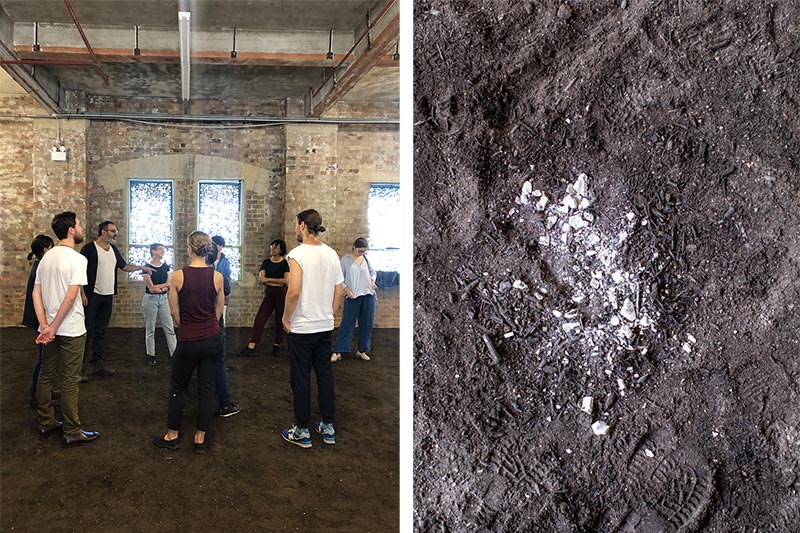 Michelle Demers is a scientific advisor and cultivator on Asad Raza’s Absorption. We spoke to Michelle about the plant science behind Absorption, and the potential for sharing scientific concepts through art.

Where and what are you studying, and what is your area of research?

I am currently working on my PhD. I’m at the University of Sydney and I’m based at the Plant Breeding Institute in Camden, so my area of research is plant pathology. At the moment I’m researching diseases of wheat—they’re a bit of a threat to our crop security.

Can you describe the kind of discussions you’ve been having in your role as an advisor on the project?

The main focus of the project was soil and that’s not exactly my area of expertise, but what I do know is plants. The reason we want to have good soil is so that we can grow good plants and make good food. We’re adding in all of these things to improve the soil, but where my expertise came in was, what benefit are these things going to have downstream?

For example, we made these clay leeches, which were a lot of fun, but we also had some micro-nutrients on those leeches—some copper oxides which are good to have in the soil in small amounts. So it’s checking, why is that good to have in the soil? Because it’s a micro-nutrient that plants can use. Or other things, like we’re constantly checking the pH—whether the soil is acidic or whether it’s alkaline. A lot of the conversations were like, why are you checking pH? Of course you want to have a neutral pH, because that’s where plants are able to absorb most of the nutrients, and that’s how you can have healthier soil. 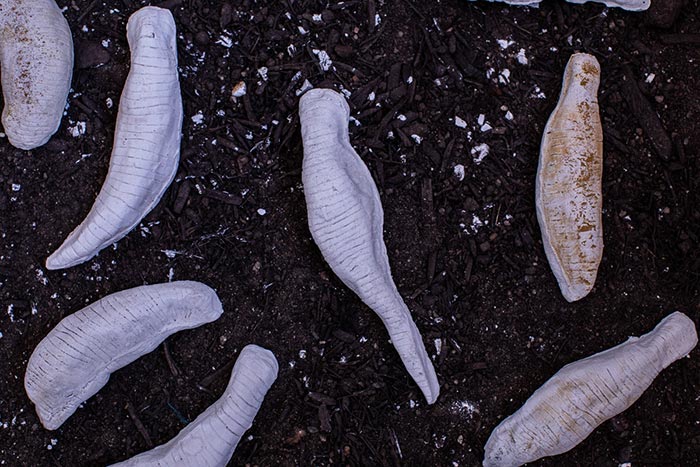 You have also been working as a cultivator on Absorption. What does that role entail?

As a cultivator we have different duties, and we rotate around those tasks so that we all get to try our hand at different things, and that’s been a lot of fun. Some of the time I’m literally just ploughing the soil. It’ll be really compacted from a lot of people walking on it—it’s quite squished down and we need to loosen it up again to make it a lot softer. So it’s really quite manual labour putting that pitchfork in and trying to turn up the soil, and that’s been really nice. Going around to the next step and doing a science rotation, we’re checking the pH and we’re checking what type of soil we have. And then after that moving on to Jana [Hawkins-Andersen]’s leeches and getting to dabble our hands in clay. 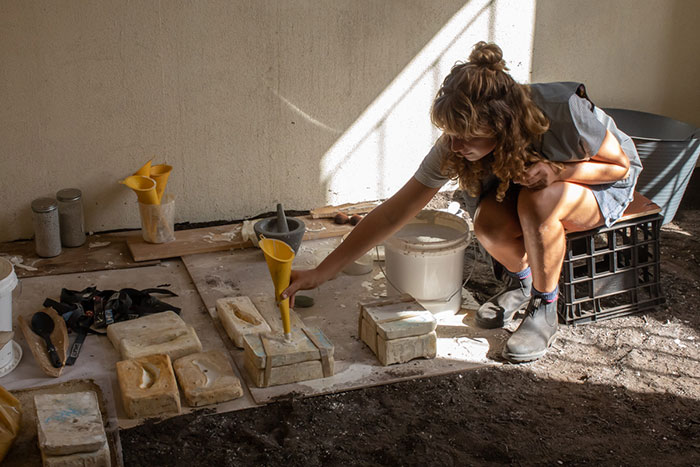 How have visitors been responding to Raza’s work?

A lot of people are quite engaged with the idea, they have some really good questions. They’re not just asking, “What are you doing?” “I’m doing a pH test”. They want to know why and what’s the purpose, and can they try it. Of course you can try it, that’s why we’re here! So really being able to engage with people about the soil and answer some of the questions that maybe they’ve had for a long time and they’ve never known the right person to ask, it’s been a real pleasure for me. I’ve really enjoyed it and I hope it’s been a pleasure for them too.

Raza is interested in bringing art and science together to help us understand concepts and ideas. Do you think the project has potential as a way of helping visitors connect with soil, or to better understand it?

Honestly, I think it’s a brilliant idea, because art is made to connect with people. It’s meant to be engaging, it’s meant to make people think.

One of the issues that science can have is that it’s a little bit inaccessible. If you’re looking at scientific literature it’s a hard read, it takes a lot of time to get it. A lot of [scientists], it’s difficult for them to explain their research to the general public because what they’re doing can be so specific and not directly applicable.

I think merging that science through an art medium gets the scientific message across in a way that’s useful and interesting for people, in a way that they’re not intimidated. It’s really easy for them to access and understand. I think merging those two things together is a really good way to get both messages across so people can learn something really interesting, but also just come in and enjoy themselves.