For their project in Melbourne, internationally recognised artist duo Allora & Calzadilla presented Stop, Repair, Prepare: Variations on 'Ode to Joy' for a Prepared Piano, a captivating mix of sound, performance and sculpture, at the State Library of Victoria’s Cowen Gallery.

Jennifer Allora and Guillermo Calzadilla began collaborating while studying in Florence, Italy, in 1995. They have since exhibited around the world, including at documenta 13 in 2012, and representing the US at the 54th Venice Biennale in 2011. Spanning video, performance, sound, installation and social intervention, their work is playful and critical, testing ideas such as authorship, nationality, borders and democracy.

First exhibited at Munich’s Haus der Kunst in 2008, Stop, Repair, Prepare... forges a new relationship between sculpture, performance and music. Drawing on the influence of John Cage’s “prepared pianos”, Allora & Calzadilla cut a large hole in the centre of a Bechstein grand piano, allowing a pianist to enter and play from within, while wheeling the piano across the floor.

At the State Library of Victoria, the gruelling performance took place every hour, requiring multiple classically trained pianists, each with their own style and specially choreographed path. Upside down, their contorted playing became as much gymnastic feat as musical performance, as they played the fourth movement of Beethoven’s 9th Symphony, famously known as 'Ode to Joy'.

Widely considered a hymn to humanity and fraternity, 'Ode to Joy' has been co-opted throughout history by proponents of differing politics and ideologies. It was played on a Bechstein grand piano during Adolf Hitler’s inauguration of the Haus der Kunst in 1937, and adopted as official anthem of the European Union in 1985. In Allora & Calzadilla’s variation, the music is recognisable but incomplete, the cut rendering two octaves of the piano inoperable, creating a dull echo.

The New York Times critic Roberta Smith found that the work “destabilises all kinds of conventions, expectations and relationships. The music is often muffled and fragmented, the players prone to error… Precariousness ensues; things teeter on the brink of disintegration”.

Allora & Calzadilla’s Stop, Repair, Prepare: Variations on 'Ode to Joy' for a Prepared Piano was re-presented in 2019 as part of the exhibition Making Art Public: 50 Years of Kaldor Public Art Projects at the Art Gallery of New South Wales, in collaboration with the Sydney Conservatorium of Music.

Jennifer Allora
born 1974 in Philadelphia, US 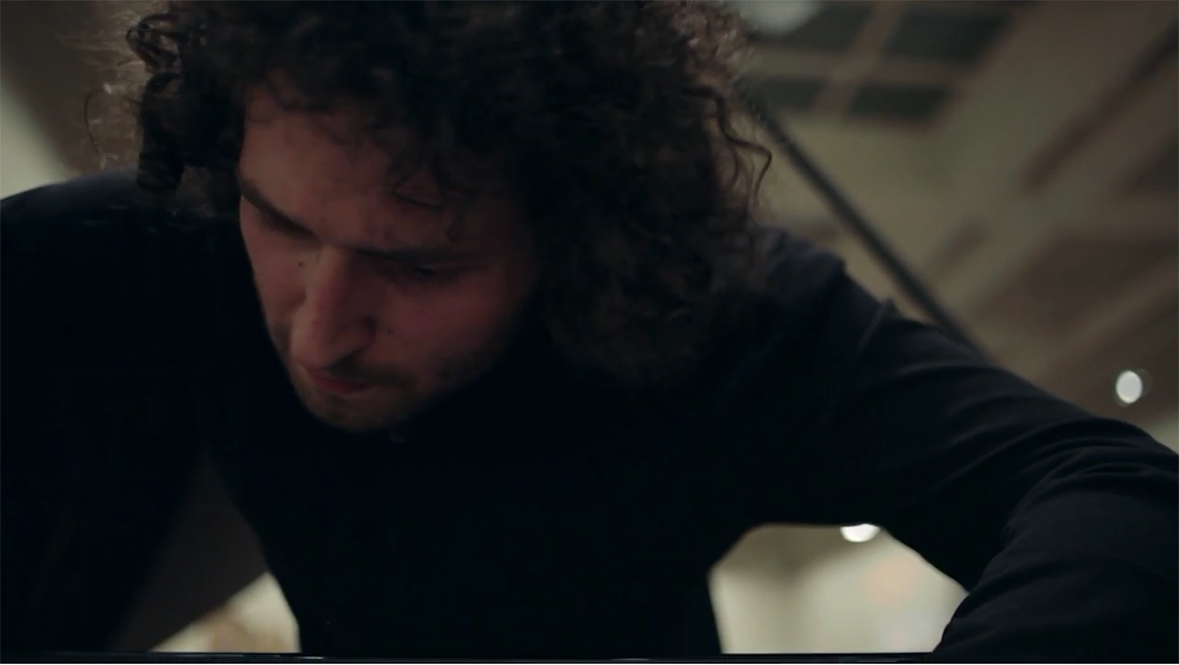 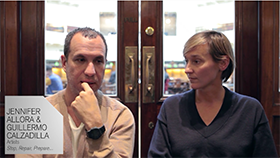 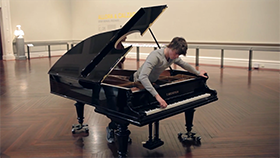 Jennifer Allora and Guillermo Calzadilla create works that explore societal systems and are characterised by their sense of playfulness and use of humour. They respond to these contemporary issues by using visual art as a tool for experimentation and research, creating poetic videos, photographs, collages, sculptures and installations. Allora & Calzadilla often include performative elements in their works, soliciting public interaction and participation. 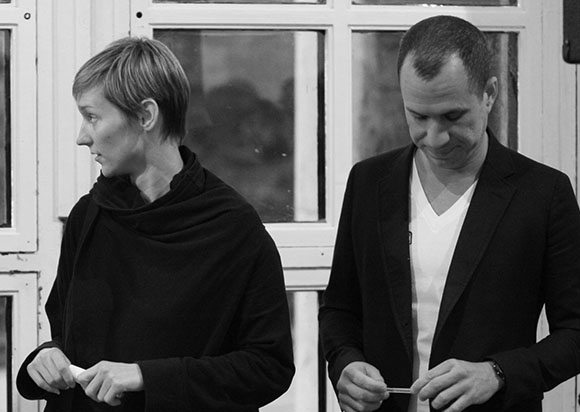 The Project 26 archive reveals insights into Allora & Calzadilla’s remarkable work Stop, Repair, Prepare: Variations on ‘Ode to Joy’ for a Prepared Piano, presented in Melbourne in 2012. Through emails, rehearsal schedules, brochures, education resources and photographs, the archive covers the planning and realisation of the Project, including the transport of the ‘prepared’ piano, and the recruitment and training of pianists to perform the work in the Cowen Gallery of the State Library of Victoria. Featured items include a series of sketches, mapping each performer’s unique trajectory through the Gallery.

Visit Project 26 in the Archive