For Project 25, leading German artist Thomas Demand presented The Dailies at the Commercial Travellers’ Association (CTA) in Sydney, his first work exhibited outside a museum or gallery. Inhabiting the hotel’s fourth floor, Demand’s photographic installation intervened in the minute details of each room, from the bedspread to the wine bottle, creating an experience that was disorienting in its familiarity.

Demand studied at the Academy of Fine Arts in Munich, and in Düsseldorf, Paris and London. Originally trained as a sculptor, he soon shifted focus to the photographic documentation of his work. He began to create full-scale paper and card models of real rooms and locations, based on magazine images. Kitchen, 2004, is based on US Armed Forces’ photographs of the Tikrit compound, where Iraqi dictator Saddam Hussein was captured; and the 2008 work Presidency depicts the White House’s famed Oval Office. Once photographed, the meticulously constructed models are destroyed, and the documentation itself becomes the artwork.

For Demand, The Dailies marked a major departure from the gallery context. He was in Sydney for a site visit when he happened upon the CTA building. Designed by architect Harry Seidler in 1973, the structure blooms like a mysterious space-age mushroom over the bustle of Martin Place.

Occupying the entire fourth floor, Demand’s images were displayed throughout the hotel rooms, accompanied by a custom fragrance by designer Miuccia Prada and an intriguing narrative by US author Louis Begley.

The project title refers to daily film rushes—the images reviewed and often discarded on the editing room floor. In The Dailies, fifteen photographs capture seemingly banal, everyday moments, from a paper cup wedged into a fence to a “Do not disturb” sign hanging on a hotel door. The works began as photos taken on the artist’s smartphone, which were reconstructed in paper, then re-photographed in large format. They were produced using the labour-intensive dye-transfer method, one of the oldest photographic techniques, and printed on the last rolls of suitable paper in the world. Installed in the CTA’s cell-like rooms, the photographs took on an unsettling incongruence, hinting at deeper significance.

“The supercharged colours of the dye-transfer method cut right though the layers of artifice”, Karen Rosenberg explained in the New York Times, “so that the question becomes not ‘Is this real?’ but ‘How can something this immediate be a photograph?’”

born 1964 in Munich, Germany
lives and works in Los Angeles, US, and Berlin, Germany 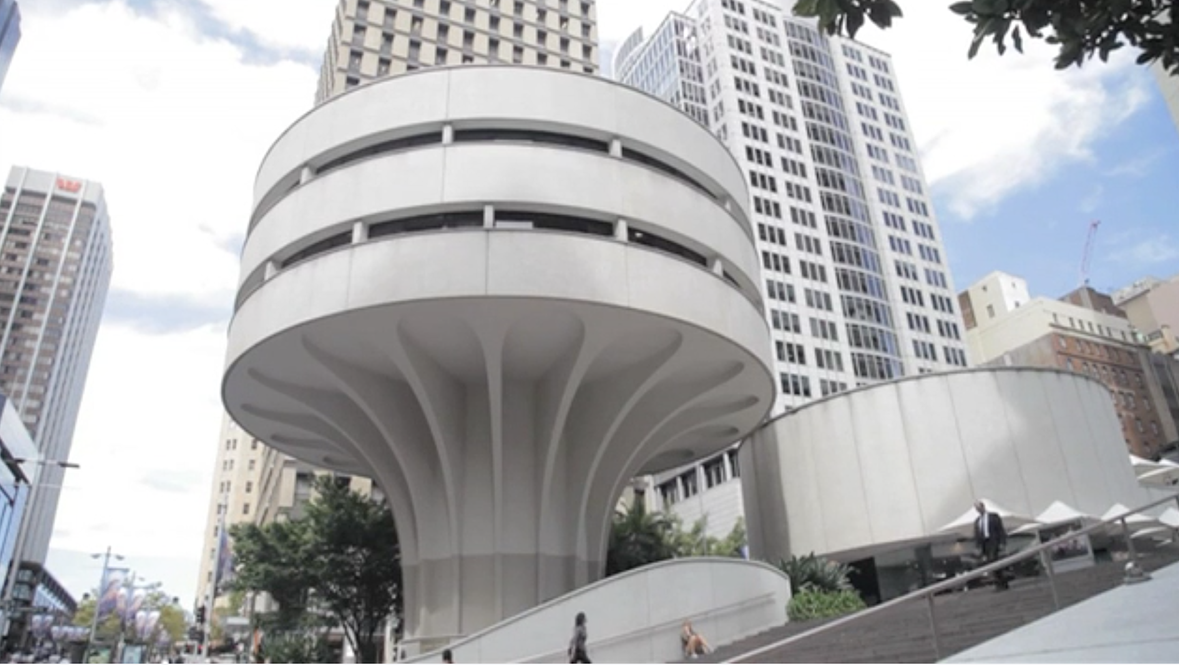 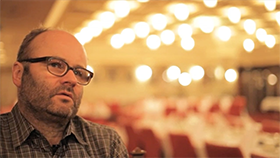 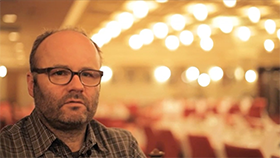 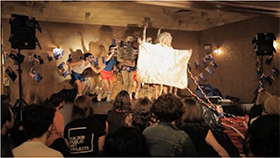 German artist Thomas Demand is known for his life-size recreations of environments made entirely from paper and card that he photographs and then destroys. Often using imagery taken from the mass media, Demand’s re-created environments—always devoid of figures yet often displaying evidence of recent human activity—achieve a disquieting balance between the convincingly real and strangely artificial. The effect of these uncanny reconstructions is to destabilise our understanding of the sites, which we “know“ so well through reproduction. 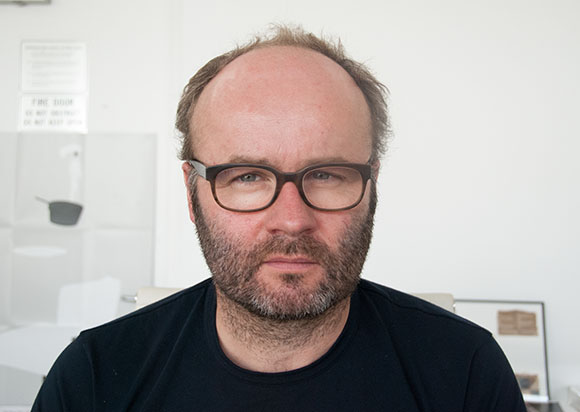 This Education Kit discusses Thomas Demand’s practice, and his collaboration with Miuccia Prada and Louis Begley for Project 25.

The Project 25 archive outlines the planning and realisation of Thomas Demand’s photographic installation The Dailies, presented at the Commercial Travellers’ Association, Sydney, in 2012. The archive spans 399 objects, such as emails, travel documents, books, press clippings, design concepts, and public and education program drafts, along with architectural plans of the building, designed by pioneering architect Harry Seidler. Highlights include detailed photographic documentation of the CTA building interior, which remains virtually unchanged since completion in 1973.

VISIT PROJECT 25 IN THE ARCHIVE