Spontaneous and contagiously uplifting, controversial artist Tino Sehgal’s This is so contemporary, 2004, enlivened the Art Gallery of New South Wales, Sydney, in summer 2014. The work featured a cast of twenty-six interpreters, who directly engaged visitors at the gallery’s entrance through dance, voice and movement.

Born in London, Sehgal studied political economy at Berlin’s Humboldt University and dance at Folkwang University of the Arts in Essen, later apprenticing with French artist/choreographer Xavier Le Roy. “What interested me in dance,” Sehgal explained, “was it was a way of producing something and nothing at the same time”.

Sehgal’s works have become renowned for subverting the relationship between viewers and art, demanding a new way of engaging with art and ideas around art, politics, production and ownership. Distinct from both performance art and theatre, Sehgal’s situations demand a different kind of beholder; one who cannot be a passive spectator, but bears a responsibility to contribute to the realisation of the actual piece.

Not permitting his work to be photographed or filmed, Sehgal leaves no material trace, creating something at once valuable yet intangible that “seems to revel in its own contradictions”, as Anne Midgette observed in the New York Times. “It is created with extreme, even obsessive, rigour, yet it is subject to change, as the only record exists in the minds of those who see it”.

Tino Sehgal's This is so contemporary was re-presented in 2019 as part of the exhibition Making Art Public: 50 Years of Kaldor Public Art Projects at the Art Gallery of New South Wales.

born 1976 in London, England
lives and works in Berlin, Germany

This is so contemporary
6 February – 23 February 2014
Art Gallery of New South Wales, Sydney

Tino Sehgal’s radical and captivating way of making art leaves no material traces. The artist refuses all documentation, the works remaining a mystery to those who have not directly experienced them. Born in London in 1976, the Berlin-based artist, who originally studied political economics and dance, constructs “situations“ by orchestrating interpersonal encounters through dance, voice and movement. His works elicit a different kind of viewer, one who cannot be a passive spectator, they bear a responsibly to construct and contribute to the realisation of the actual piece. 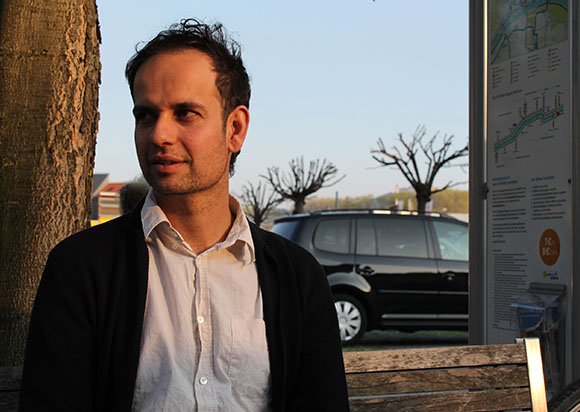 As Tino Sehgal’s work is intended to leave no material traces, this Education Kit is designed as a simple selection of references, with links to texts and videos exploring the concepts, process and reception of the artist’s practice.

Please note that due to the nature of Tino Sehgal’s work, this Project can only be discussed orally. With the exception of a small number of press clippings and photographs of associated programs, archival material from Project 29 is not available online.

VISIT PROJECT 29 IN THE ARCHIVE