Stephen Vitiello’s project transformed the historic Brickworks at Sydney Park into immersive light- and soundscapes, evoking the dramatic environment of Western Australia’s remote Kimberley region. The acclaimed American sound artist’s multichannel installation The Sound of Red Earth was the result of extensive recordings made on field trips throughout the Kimberley. In three chapters, The Sound of Red Earth features the echo of dust-filled winds, the roar of waterfalls and tidal flows, and the sounds of native wildlife.

Collecting sounds at different environments across the globe, Vitiello has captured grand and imperceptible aural textures, mixing them to create harmonic reflections. His works are an auditory collage of carefully chosen fragments, a multilayered yet singular interpretation of a place or experience.

John Kaldor commissioned Vitiello after seeing “the grandeur and vastness of the Australian continent” on his first visit to the Kimberley about a decade before. Vitiello made more than thirty hours of recordings over two weeks, creating three 5.1 channel soundscapes of the Kimberley’s dominant sounds—wind, water and wildlife—installed for the project in the Brickworks’ three red-brick kilns. First built in the 1840s, the site had cast many of the bricks that helped build early Sydney. It was redeveloped in 2004 by the City of Sydney as a community parkland, with The Sound of Red Earth marking the Brickworks’ public opening.

In “Wind”, Vitiello layers together recordings of dusty Kimberley winds, capturing wild storms, rustling breezes, and the gusts that shook his tent at night. This soundscape was paired in the installation with a crepuscular grey-pink light. “Water”, accompanied by green lights on golden sand, represents the ebbing flows of the Kimberley waterways. Sounds of waterfalls, rivers, swimming holes and the open sea coalesce with the extraordinary underwater noises of currents and tides, which were recorded with specialist hydrophone equipment. “Wildlife”, set against a red lightscape, features local birdsong at dawn and dusk, played over rich, red Kimberley dirt.

At the entrance to the Art Gallery of New South Wales, a companion piece, The Birds, was inspired by the cacophony of Australian birdlife. Based on Daphne du Maurier’s chilling 1952 story, which was adapted by Alfred Hitchcock into his 1963 thriller, Vitiello’s soundscape is mixed with a reading of du Maurier’s story.

To commemorate the project, Vitiello and Kaldor Public Art Projects released a three-track compact disc with The Sound of Red Earth, Something Like Fireworks, 2010, and Bell Study from the 2010 Creative Time, New York, installation A Bell for Every Minute.

born 1964 in New York, US
lives and works in Richmond, Virginia, US 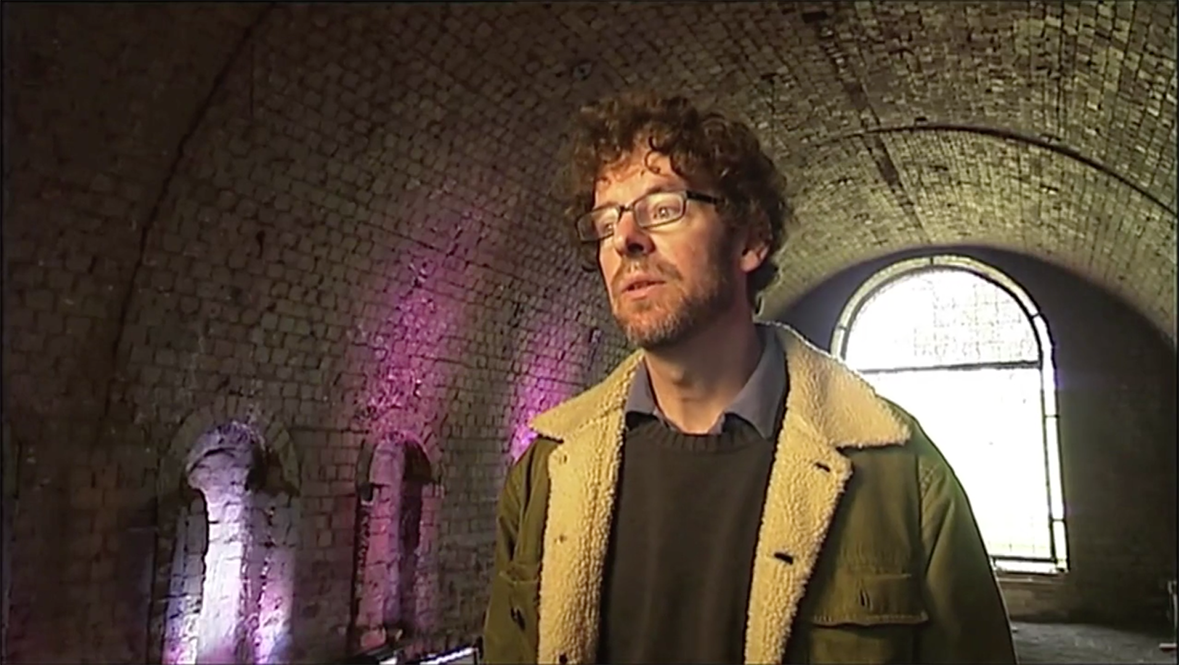 Internationally renowned sound and media artist Stephen Vitiello concerns himself with the physicality of sound and its ability to define spatial environments. Vitiello started his career as a punk guitarist, and his practice now revolves around the transformation of incidental atmospheric noise into perceptually challenging soundscapes. Recognised for his ethereal installations, Vitiello’s work has been shown extensively across Europe and the Americas. 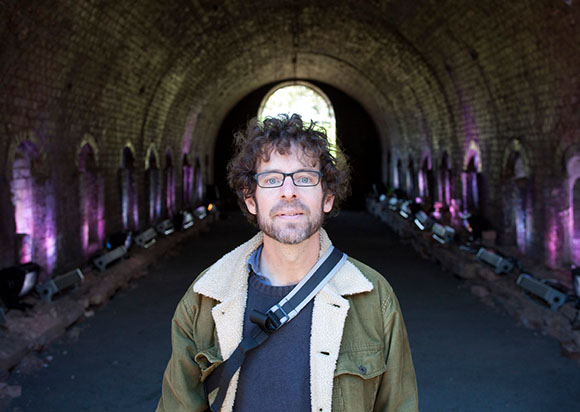 This Education Kit focuses on US sound and media artist Stephen Vitiello, and the two extraordinary installations at the Art Gallery of NSW and former Brickworks at Sydney Park created for the 20th Kaldor Public Art Project.

The Project 20 archive details the planning and realisation of Stephen Vitello’s Project in Australia in 2010. Emails, press clippings and itineraries are complemented by design concepts, education resources and photographs, which cover Vitiello’s travels in Western Australia, and the installation of his multi-channel sound works in the heritage brick kilns in Sydney Park and at the Art Gallery of New South Wales. Highlights include a series of striking colour photographs, documenting Vitiello’s trip to the Kimberley region.

VISIT PROJECT 20 IN THE ARCHIVE