In 2014, celebrated Slovakian artist Roman Ondak presented a trio of engaging works at the historic Parramatta Town Hall in the multicultural heart of Sydney. Measuring the Universe, Swap and Terrace were realised in conjunction with Sydney Festival.

Born in the former Czechoslovakia, Ondak attended Bratislava’s Academy of Fine Arts before studying in the US. His work has been exhibited around the world, including at the 53rd Venice Biennale in 2009, and at documenta 13, 2012.

Ondak takes the familiar elements of everyday life and reframes them to surprise viewer expectations and perspectives. Through installations, performances and interventions, he investigates social conventions, rituals and forms of exchange by dislocating objects, ideas and actions from their usual contexts. Often humorous, Ondak’s works provoke double takes, making the viewer question their preconceptions and modes of interaction.

In Parramatta, Ondak realised Measuring the Universe, 2007, previously presented to acclaim at New York’s Museum of Modern Art in 2007, and Swap, 2011, the audience favourite from 13 Rooms, along with the debut of a new work, Terrace, 2014.

born 1966 in Žilina, Slovakia
lives and works in Bratislava, Slovakia

Ondak’s celebrated work Measuring the Universe begins with an empty gallery. Performers mark the wall with each visitor’s height and name, along with the date. As the blank wall transforms into a constellation of inscriptions, a dense mass of marks coalesces at the average height of the participants, transposing a common family ritual into a mesmerising collective portrait.

Swap merges art with everyday life. A performer sits at a table akin to a vendor in a marketplace. Inviting each visitor to swap something of their own for the object on the table, the performer sets in motion a chain of barter and exchange, which ends only at the close of the exhibition.

Evoking the artist’s presence as much as the sense of home and belonging was the newly commissioned work Terrace, a faithful replica of Ondak’s post-war apartment terrace in Bratislava. The installation offered a shift in perspective for visitors as they navigated the works within the Town Hall. 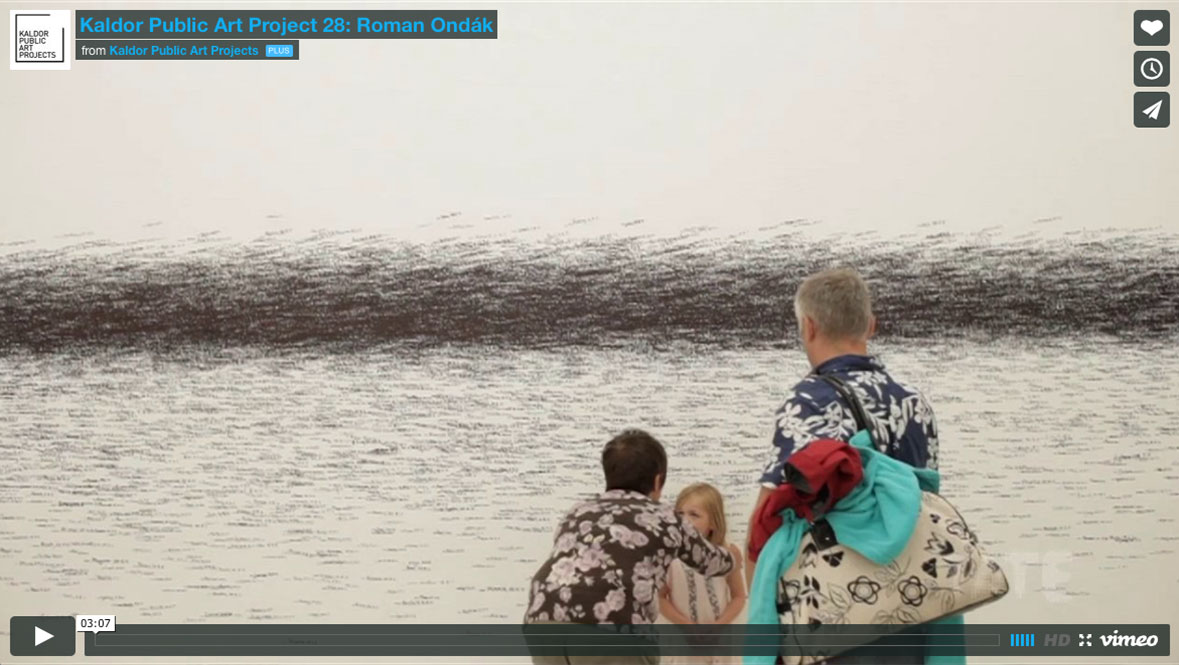 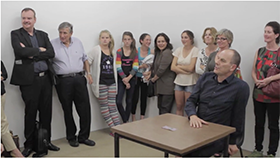 Through his poetic interventions, Roman Ondak alters our perception of everyday life. Ondak merges art and the everyday experience, leading to an impressive body of globally significant work. Audience participation and the involvement of the public is integral in the realistion of his work. 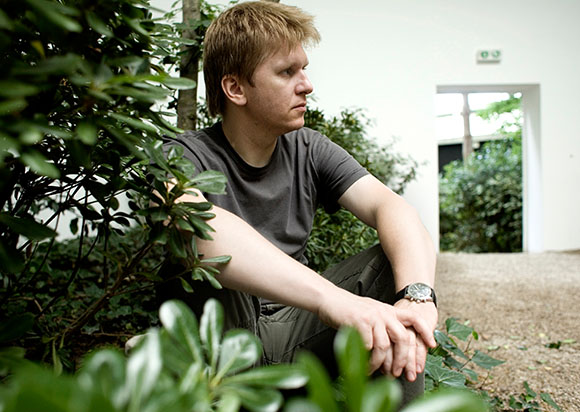 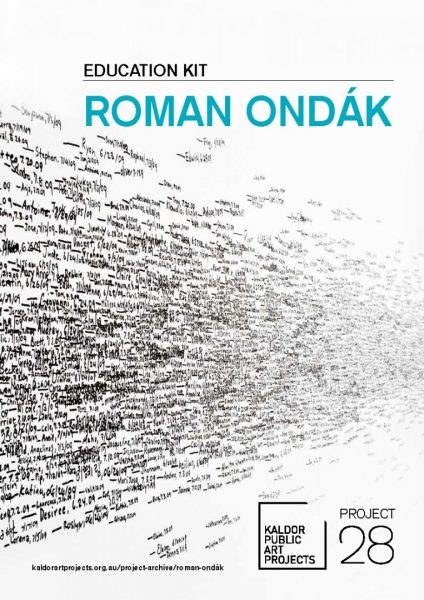 This Education Kit looks at the work of Roman Ondak, the historical context of performance and visual art, and the shifting role of the audience in participatory art.

CONTENTS: Introduction | Artist’s practice | Performance and visual art | Participation and the audience | The human body in visual art | The venue | In the classroom | References

The Project 28 archive details the planning and realisation of Roman Ondak’s Project at the Parramatta Town Hall in 2014. Emails, schedules and budgets, along with floorplans, sketches and photographs, offer insights into Ondak’s trio of works, presented in Parramatta as part of Sydney Festival. Featured items include detail photographs and material samples of textured glass, used as references for the work Terrace, a full-scale replica of Ondak’s terrace in Bratislava.

VISIT PROJECT 28 IN THE ARCHIVE