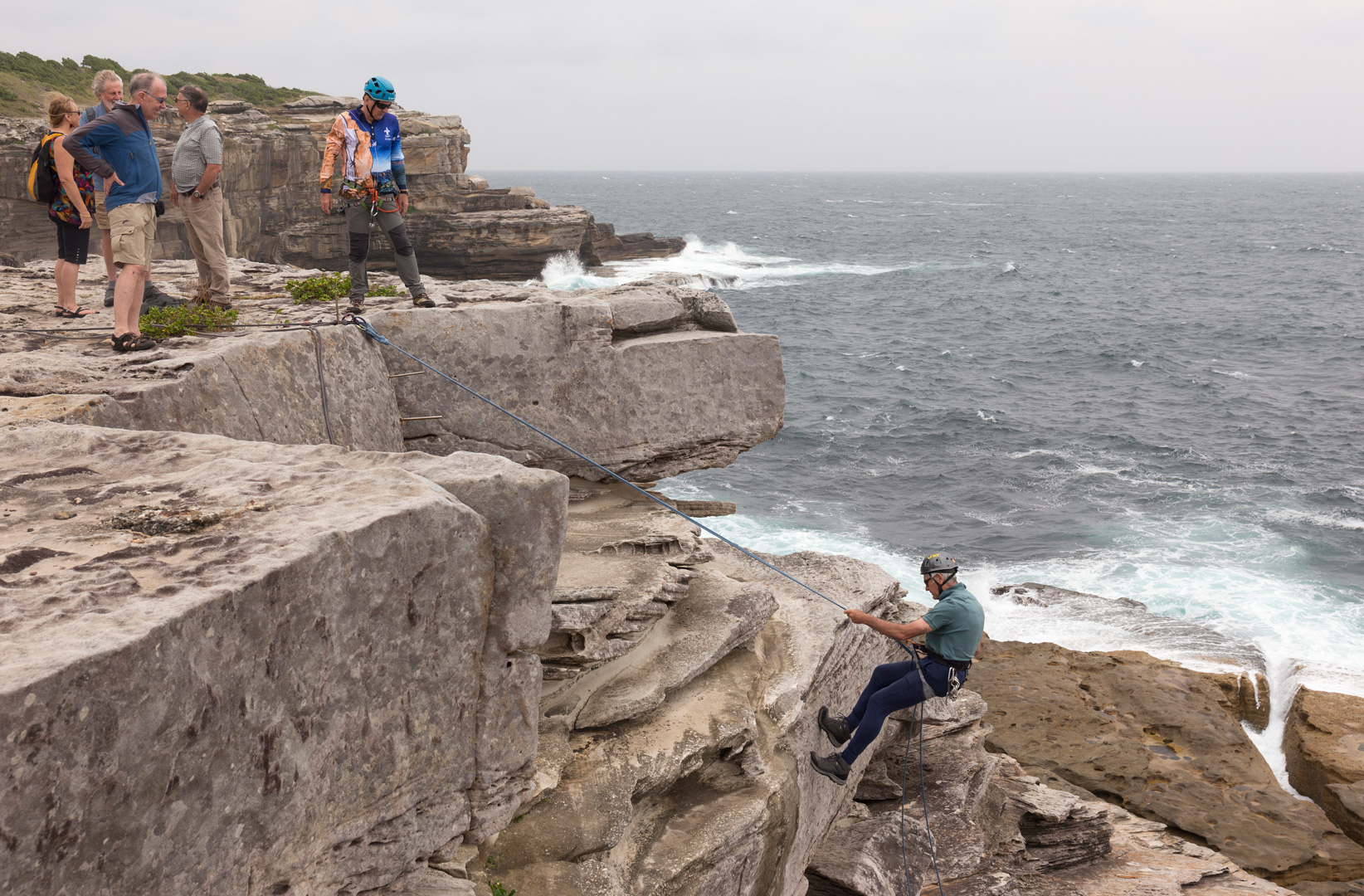 Keith Bell abseils on the site of Wrapped Coast at Little Bay during an abseilers' reunion in November 2019. Photo: Michael Waite

One of the most challenging aspects of installing Christo and Jeanne-Claude’s Wrapped Coast was the necessity of attaching hundreds of square metres of fabric to the steep cliff face. To accomplish this, abseilers were recruited from the rock climbing community, including Keith Bell, a 23-year-old engineer and draftsman with the Water Board.

Many of the climbers had full-time jobs and could only abseil on weekends, or if they decided to take a “sickie“. Keith recalls a number of climbers calling in sick to work at this time, as it was a rare opportunity to get paid to do something they enjoyed. The pay was $20 per day, an excellent rate for 1969, as Keith recalls his Water Board salary being $20 per fortnight: “Twenty dollars a day was fantastic.”

They would create anchors to abseil from by taking car bumper bars from the nearby tip and using Ramset guns to bolt them to the cliff top. Using sit slings, they would hang from the ropes and tie the orange rope and fabric to the cliff face. As a climber who appreciated the natural beauty of rock formations, Keith was fascinated by how Christo’s wrapping transformed the site:

In a little-known postscript to the project, Christo allowed Keith to take approximately 300 metres of leftover orange rope to use on future climbs. It was put to use on the early 1970 ascent of Balls Pyramid, the caldera that rises from the Pacific Ocean 20km east of Lord Howe Island.

One of Keith’s strongest memories of working at Little Bay was the camaraderie and cooperation among so many people who didn’t know each other but were working towards a common goal:

Wrapped Coast was a real teamwork thing—there was a lot of friendship and bonhomie. I can’t remember a terse word. I remember working with my mates, and working with other people and everyone striving towards a goal in a really amicable, friendly sort of way. It’s really nice when there’s a melding of people doing various things towards a project. It had various aspects from the flat to the steep to the seashore, and it needed teamwork, and the teamwork was there.