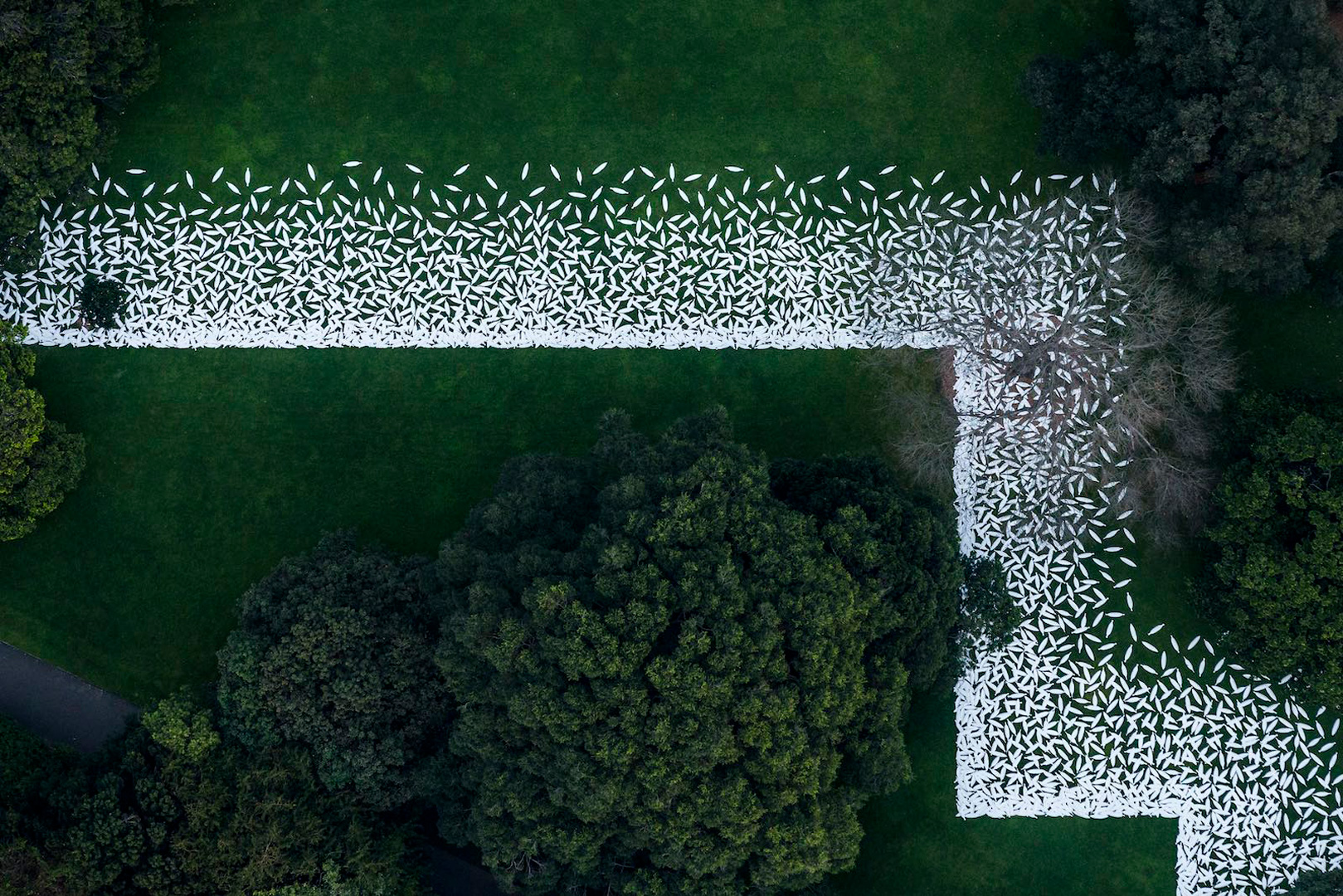 I was incredibly moved by this work. The shields littered the ground like bleached bones on a battlefield. They also reminded me of the parch marks in Britain that emerge during drought to reveal sites of previous settlement or structures as far back as pre-Roman times.

Seeing a building site mapped out like that—crossing garden beds as though they weren’t there—was like being shown something I should have been aware of all the time, shown a history I’d never learned.

I also loved the planted installation of kangaroo grass, and Bruce Pascoe’s site talk was a revelation; again, being shown stuff we should have known. I bought the catalogue because it was so interesting and beautiful, but also because this work felt really significant.