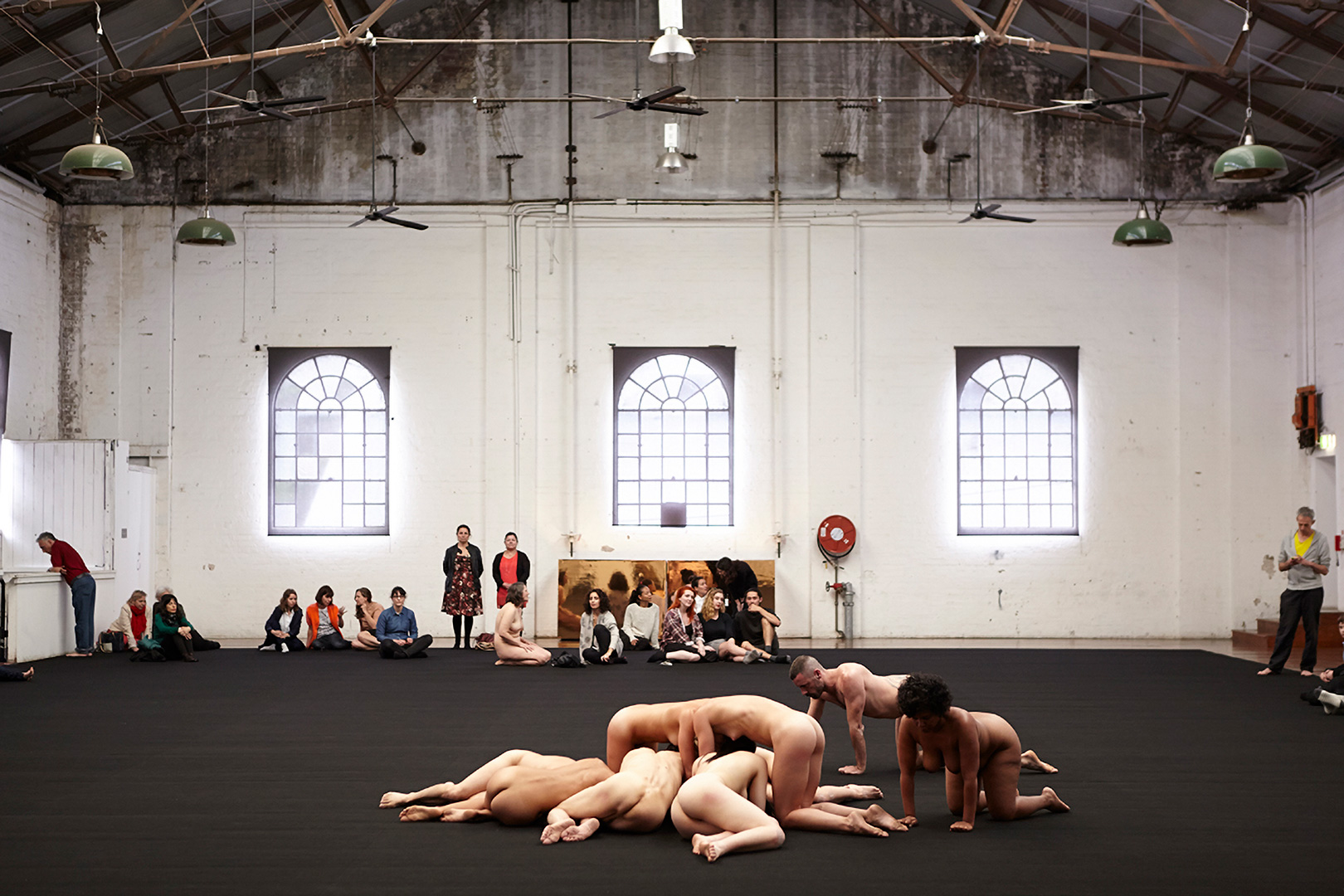 Eugene Choi first participated in a Kaldor Public Art Project while she was a second year undergraduate student at Sydney College of the Arts. Aware of her burgeoning interest in performance, one of her lecturers told her of an opportunity to audition for the Tino Sehgal project which took place at the Art Gallery of NSW in February 2014. Working as an Interpreter on Project 29: Tino Sehgal’s This is so contemporary introduced her to a network of performers and encouraged her to learn more about dance, “It was the beginning for me, of so many things.” Eugene later worked as a Facilitator on Project 30, Marina Abramović: In Residence in 2015, at the same time developing her own practice as an artist and performer.

In 2015 she was one of 18 performers selected for the 31st Kaldor Public Art Project, Temporary Title, 2015 by French choreographer and artist Xavier Le Roy. The project began with a month of development with Xavier and his artistic collaborator Scarlet Yu, following which the public were invited to experience the creative development of the project through a series of open rehearsals at Carriageworks in Sydney.

The development process saw the performers participate in a variety of exercises as well as engage in dialogue with Xavier and Scarlet about the intentions of the work. They watched videos of lions to learn about their behaviour, as one part of the work required them to take on their movements. During the open rehearsals and performances the performers were naked. Eugene reflects, “It made sense to be naked. It made no sense to be in our clothes as clothes express humanity”.

At a certain point in the performance they would each choose an audience member to sit beside, transform back into being human, and engage that person in conversation. This would start with one of several questions such as, ”How is falling in and out of love for you? How is growing for you? How is ageing for you?” This dialogue with the audience helped the performers, including Eugene, to more fully understand the work:

Reflecting on these experiences, Eugene notes the importance of collaboration and engagement, as well as the bittersweet aspect of working on short-term projects: