As an art student it was an amazing thing to work on. It was a scale that we’d never seen before, with an artist that within the Australian context we’d have no contact with. 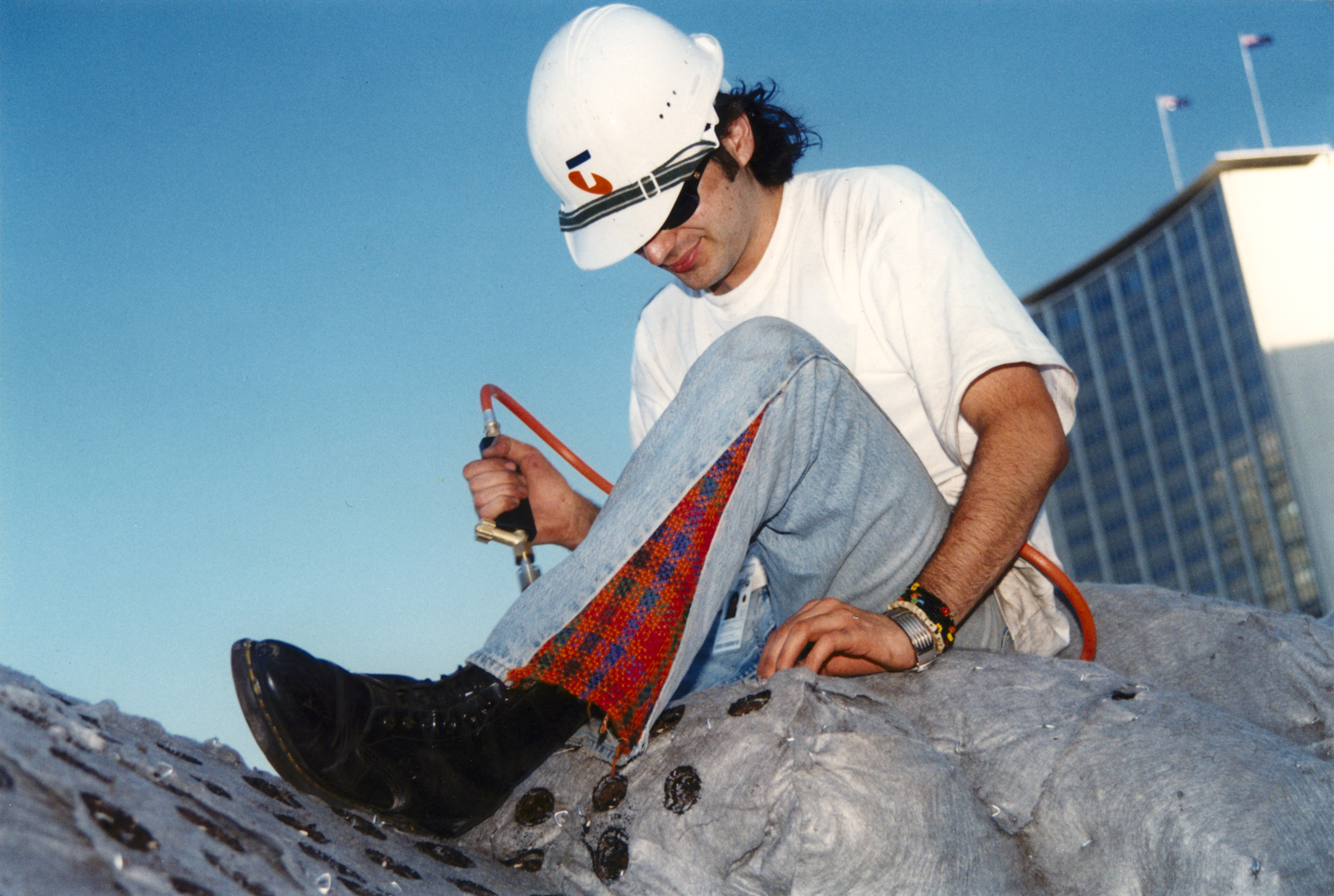 Project 10, Puppy, by Jeff Koons marked the 25th year of Kaldor Public Art Projects, and required more than 100 student volunteers to plant 65,000 flowering plants into the three–storey structure in front of the Museum of Contemporary Art at Circular Quay. Many of those students went on to careers in the arts and look back on those two weeks as a valuable introduction to the process of participating in the creation of a major work of art. Now the director of Campbelltown Arts Centre, in 1995 Michael Dagostino was a second year sculpture student at Meadowbank TAFE:

As an art student it was an amazing thing to work on, it was a scale that we’d never seen before, with an artist that within the Australian context we’d have no contact with.

The Meadowbank students were encouraged to volunteer by one of their lecturers, Sam Valenz, who also took leave from TAFE to participate as a supervisor during the install. Michael recalls working in small teams of four or five who would be distributed across different parts of Puppy, which when they first arrived was a steel structure covered with soil held in place by mesh. They would make holes in the mesh and plant the flowers into the soil based on a guide sheet that specified the colour scheme. They chose between a morning or afternoon shift and everyone received a free lunch each day. Michael had been studying Jeff Koons as part of his coursework and felt this was an opportunity to gain a deeper understanding of his practice by engaging in the production of his work.

Jeff Koons arrived during the install, and once he had confirmed that everything met his expectations, he was happy to spend time interacting with the students. Michael remembers Koons giving them a thank–you talk, sharing an optimistic and generous view on what art can be, with none of the cynicism that some people might assume was part of his practice. Michael found him to be available and approachable, and has kept the hard hat on which Koons wrote a message of thanks. Observing the realisation of a major art project expanded Michael’s understanding of what was possible:

It was just an amazing time, and there was such camaraderie with everybody, and we felt like we were doing something amazing, truly amazing.