It was phenomenal—he was the father of conceptual art, and there he was sitting in a cafe, talking with us. 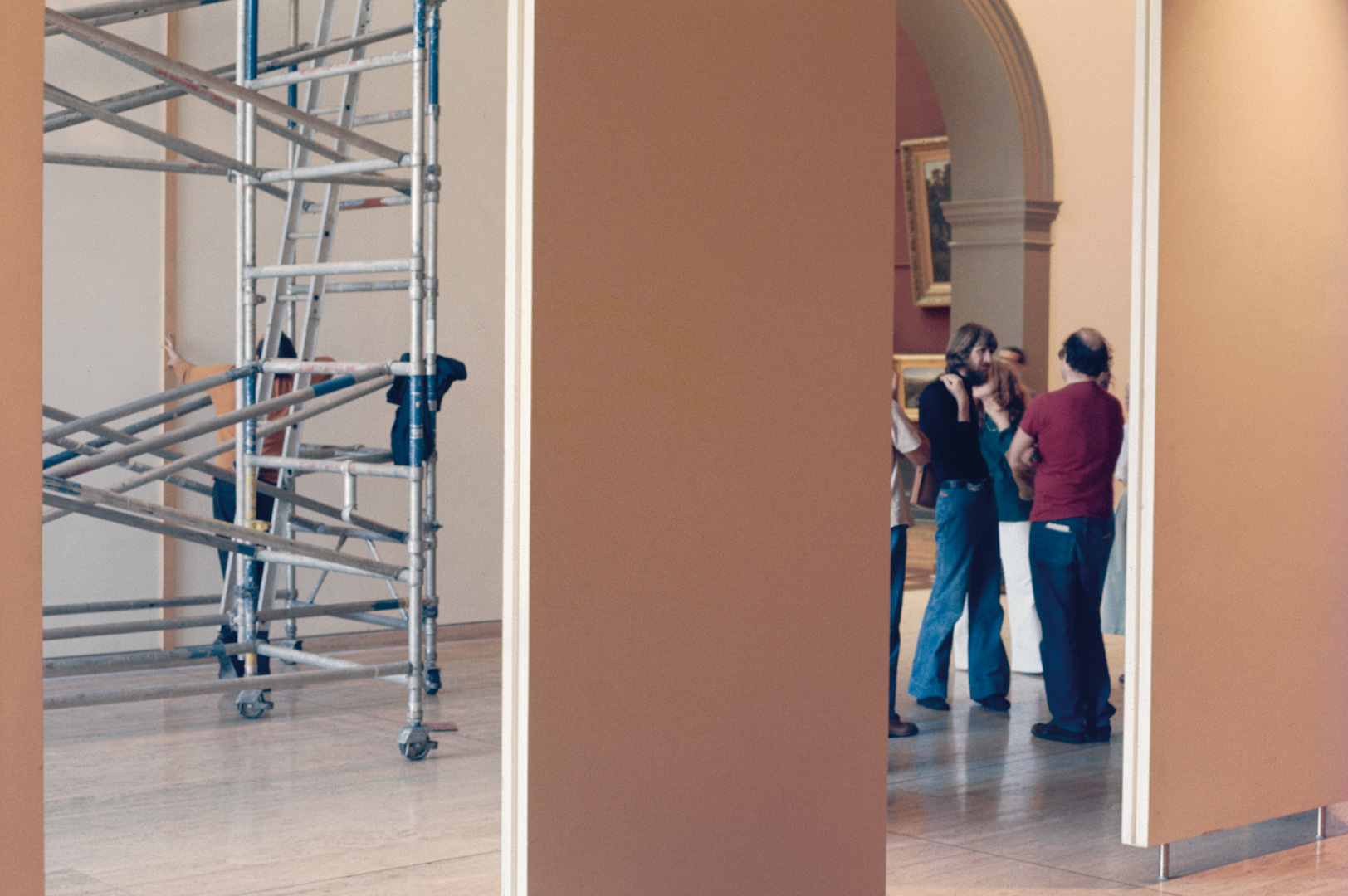 In 1976, Lesley Tarlinton was a first year art student at Alexander Mackie college, when the art school was abuzz with reports from students who were spending time with Nam June Paik and Charlotte Moorman, as part of their project in Australia. Lesley recalls the day that Charlotte visited the college and did a performance for the students:

It was fantastic. It was so exciting and it was almost surreal that they were there amongst us.

In 1977 she had the opportunity to work on the 6th Kaldor Public Art Project. She and fellow students produced a wall drawing at the Art Gallery of New South Wales, following the directions of conceptual artist Sol LeWitt. At 10 x 31 metres, it was the largest artwork ever exhibited at the Gallery and took two weeks to complete—much of it working on scaffolding. They worked closely with LeWitt, who often bought them lunch in the Gallery café:

He was very inclusive. He was very generous. It was phenomenal—he was the father of conceptual art, and there he was sitting in a cafe, talking with us.

Lesley saw the project as an opportunity that was available to anyone, and that participants could benefit from expanding their understanding of art. They were drawing directly onto the Gallery walls that led to the old courts, where traditional European paintings were on display, working in a performative manner on an ephemeral work. As Lesley recalls:

People stopped and looked at us as if we were the art.

Looking back, Lesley reflects on the value this experience played in developing her approach to art:

The actual learning from being involved in something, or in and around people who are involved, is incredible. The things Sol spoke about with us, just chatting, and the things we went away with in our hearts and our heads, the opening up of things, I wouldn’t have received that from sitting down in a lecture room.

Read about the projects

I went to mock and stayed to pray