They would eat out every night, as an opportunity to get together with clients or visiting people in New York. It was always work, every waking moment. 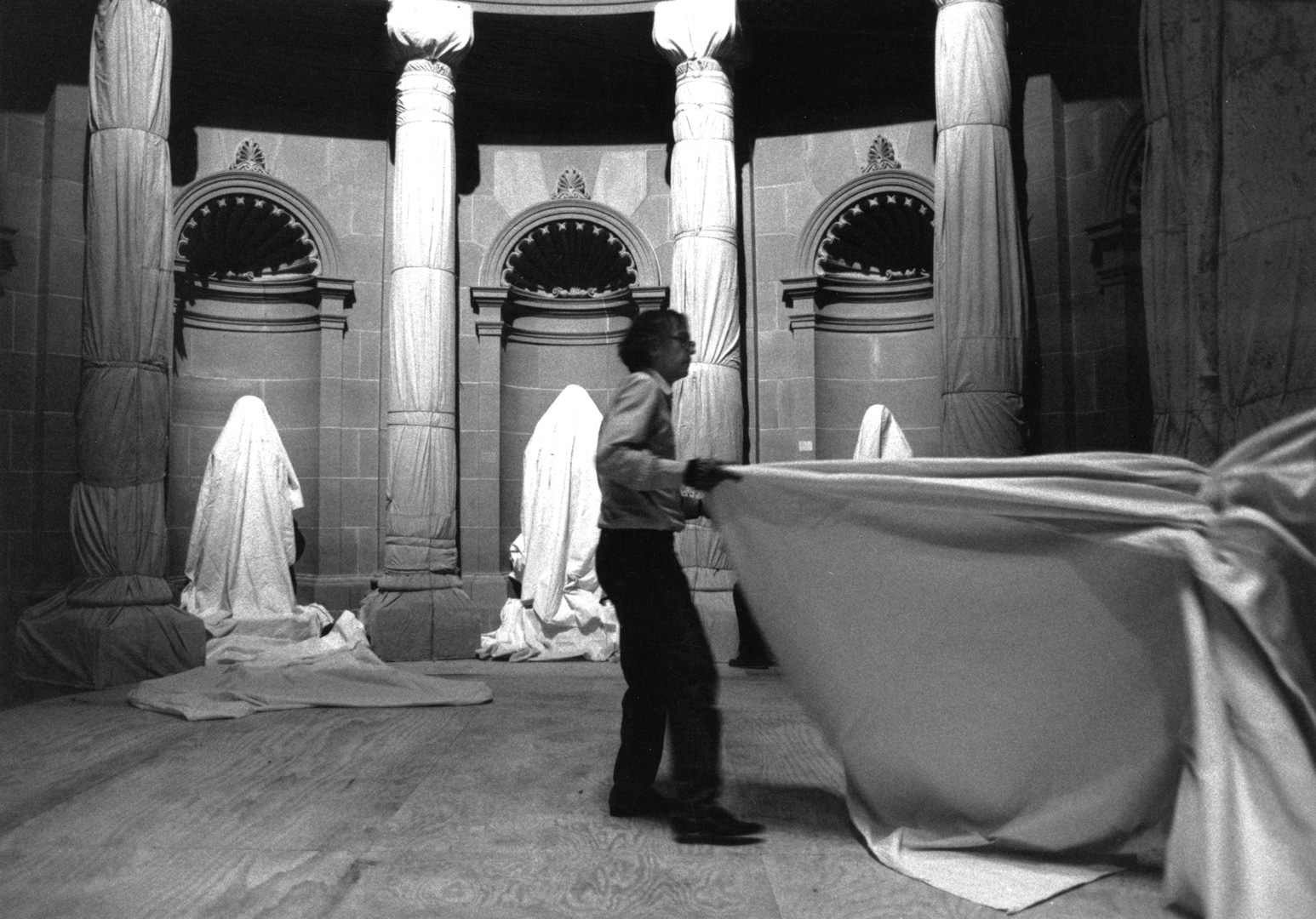 Every minute was work for ”the Christos”. Every day people visited their apartment, to discuss and plan their upcoming projects. They were up early and never went to bed before midnight. Anna-Marÿke recalls:

We would see them on a daily basis, and often host client dinners in our loft for them, and also go with them to client dinners out. They would eat out every night as an opportunity to get together with clients or visiting people in New York.

It was always work, every waking moment. It was extremely exciting all the time.

At this time John Kaldor invited Christo and Jeanne-Claude back to Australia to mount a retrospective at the Art Gallery of New South Wales (AGNSW).

It was the most incredible, extensive survey that will probably never happen again.

Alongside the retrospective, Christo and Jeanne-Claude were invited to create a new work in the Gallery vestibule. Wrapped Vestibule was to transform the transitional room between the street and exhibition space, cloaking the sculptures, mosaics and columns with off-white cloth, gathered and bound with rope.

Originally from Sydney, Anna-Marÿke returned to Australia to help with the project. She took photos, assisted photographer Wolfgang Volz, and worked round the clock to provide assistance for the artists.

Anna-Marÿke grew up visiting the AGNSW, and one of the busts in the vestibule is of a relative—actor and poet Hugh McRae. She was struck by how beautifully the installation transformed the space. The lengths of white fabric had previously been used as drop cloths, which gave the vestibule “a beautiful lived–in quality”:

[The vestibule] is fluid and sympathetic because there are a lot of curves, but it is quite cold because of the nature of the materials that are used there.

The drop cloths softened up the space, giving it “wonderful warmth”:

It’s almost like a cocoon to walk through into the Gallery.

It was absolutely just the most incredible gift for Australia, and also I think to honour the friendship and working relationship with John Kaldor.