For the first time in our history, Kaldor Public Art Projects asked Australian artists to tell us their VERY GOOD IDEA, to be realised as our 45th Anniversary Project.

We asked artists to share their innovative, site-specific concepts which would manifest as a temporary art project in Sydney. We were searching for ideas which appear in unexpected spaces, or in landmark sites reimagined, ideas which would inspire the local public and our friends and followers both in Australia and around the world.

Over three months, we received hundreds of applications from all over Australia. We received applications from some of Australia's most inspiring established artists, as well as those just commencing their careers. In September 2014, we announced the winning artist, selected by a panel of highly regarded curators who work both in Australia and overseas.

Sydney-based Wiradjuri/Kamilaroi artist Jonathan Jones was selected as the winner of YOUR VERY GOOD IDEA. Jones is best known for his site-specific installations and interventions that explore Indigenous traditions, relationships and ideas. His large-scale, temporary art project barrangal dyara (skin and bones), a re-imagining of the historic Garden palace which stood in the Royal Botanic Garden Sydney in the 19th century was realised in 2016 as Kaldor Public Art Project 32.

This will be a breakthrough work for Jones, already one of the most interesting artists of his generation in Australia. The work has the potential to animate a part of our shared cultural history from a contemporary perspective that enables us to think about the legacy of this lost structure and the values and ideas it embodied. 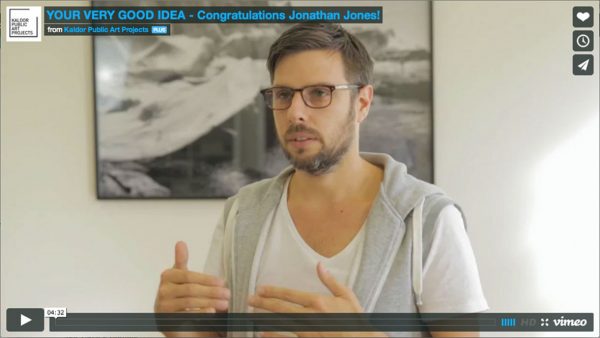 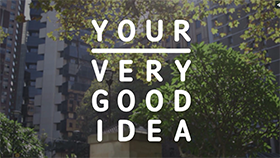