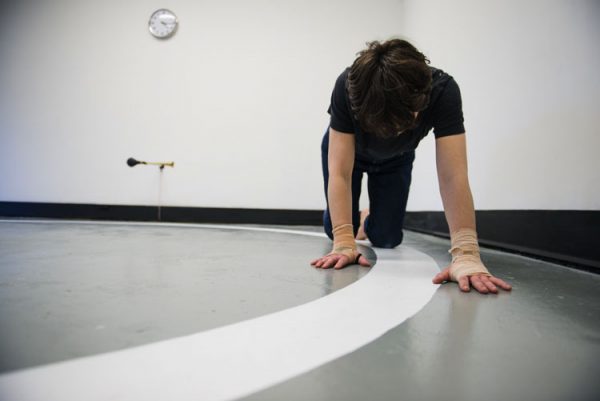 Frances Barrett was a participating artist in the Australian Artists' Residency Program as part of Marina Abramović: In Residence, 2015.

Frances Barrett is a Sydney-based artist whose practice explores performance through symbolic and direct action. Barrett’s work is informed by queer and feminist methodologies and recent projects have taken the form of body-based live actions, endurance performance and sonic experimentation. Since 2005 Barrett has worked as part of the performance and video collective Brown Council whose work interrogates modes of collaboration and the history of feminist art practices. From 2009-13 Barrett was Co-Director of Serial Space, a space that was dedicated to supporting and presenting live and experimental art forms. In 2014, she presented work as part of Day for Night at Performance Space (Sydney), SafARI (Sydney), Tiny Stadiums Festival (Sydney) and Restaging Restaging at Alaska (Sydney). In 2015 she will be performing work at 4A Centre for Contemporary Asian Art (Sydney) and Australian Experimental Art Foundation (Adelaide), while also curating Haunting at Firstdraft (Sydney). She is currently Curator of Contemporary Performance at Campbelltown Arts Centre and host of FBI Radio arts show, Canvas.